User registration is not enabled 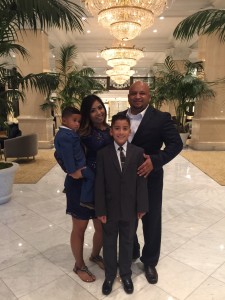 Although they’ve only lived full time in Lake Havasu City for a little over a year, Team Moran has the experience, knowledge, and motivation to give their client that “No limits to achieving the next degree” of service.

Jose’s been working in the real estate industry for over 20 years. He started off at a young age hanging out on the construction site with his dad learning the trade. With the influence and guidance of his father, Jose Sr, Jose was determined to be successful.

His dad at a very young age encouraged Jose Jr. to take risks and follow all the way through with every decision you make. With that in mind, Jose decided to take the plunge and become a licensed contractor and started his own construction company. He then started to build homes throughout the High Desert Area in California.

As he begun to establish his “brand” he knew he needed that niche that would make his name that much more creditable. In 1997, he set out to obtain his real estate license in California to offer his clients top-notch service. Jose went on with building and offering for sale his homes, investing in residential and commercial property, and doing other construction related jobs. Once he had the experience under his belt and closed numerous real estate transactions he once again decided he’d improve his credentials.

In 2003, Jose became a licensed real estate broker. Jose went on to pursue his career in both markets in California. He felt like he was doing well but he needed that partner that he could team up with and make things happen.

In 2013 Jose married Jovian. Once everything settled down from the “BIG DAY’, Jose and Jovian sat down to discuss their future. Jose expressed to Jovian he wanted to build and empire with her. Jovian not the risk taker Jose is, was hesitant on Change. So Jose came up with a two year plan to relocated to Lake Havasu City AZ and get them prepared for the “BIG MOVE.” Jose began to get his “ducks in a row.” At the end of 2013, He and Jovian started up Inland Prestige Properties with the help of Jose Sr. Furthermore, Jose took care of all the requirements to obtain his contractors license in AZ and they began building.

In 2014 they completed and sold their first Speculative Home. In July 2014, Jose completed his courses and obtained his Brokers License for AZ. Not knowing his wife would be laid off, Jose had set the tone for them to make the big move. In September of 2014, A year earlier than expected, Jose packed up his family and newborn child, and moved them here to Lake Havasu City. In 2015, He built another 3 Speculative homes and participated in several real estate transactions. He has set the foundation for this Team to close transactions with “No limits to achieving the next degree” of service.

Jovian Moran has work in sales for over 10 years. In 2010 she received a B.A. degree from California State University of San Bernardino. That same year she meet Jose and they instantly connected. She wasn’t sure what route she wanted to take her career however she found passion interacting with others through customer service. Jose felt that the Real Estate Industry would be a great fit for her and encouraged her to become a Realtor. With not in a financial situation to put the hours in the chair to become licensed and a need for a steady job to pay off her student loans, she put the idea on the back burner.

She went on to work for Bill Casper Golf as a Food and Beverage Director/Banquet Coordinator. On her free time she would shadow Jose in the field whether it was the construction side or real estate. After paying off her debit and having a little extra financing, Jose encouraged Jovian to invest in Real Estate. Taking his advice Jovian Purchased her first home in July of 2012. She and Jose worked together to update and remodel the house to make it home. This marked her first hand experience in Real Estate and she was convinced it was something she wanted to do.

In 2013, Jose and Jovian got married. At the end of 2013, Jose and Jovian Started up Inland Prestige Properties In AZ and began building Speculative homes. In July of 2014, Jovian was laid off from her job as a FB Director/Banquet Coordinator due to a change in ownership. At that time Jovian was 6 months pregnant with their first child and was ready for change. Jose and Jovian decided to put their plan to relocate into action a year early.

In September of 2014, they had their first child, sold their residence in California and moved to Lake Havasu permanently. In May of 2015, Jovian became a licensed Realtor and Jose and her then started up Infinitude Realty, LLC.

Finally, the two get to put their dreams into play. A passion in real estate they share together, now they can share with others. Jose put Jovian on the front line to learn by trial and error. Even though she has only had her license for a short period of time, She’s had the opportunities to be a sellers, buyers, and dual agent. Motivated by her teammate, Life Partner, she’s setting her standards High for 2016. Each day she’s learning something new and as she grows as an agent, she will be that much more of a Realtor.